one morning at secrets (part one)

Secrets is my favorite beach in the world. Every time i go i am inspired by the beauty, variety and power of nature.

The following photos were all taken on the morning of tuesday, august 12, 2014-- a day blessed by tropical storm julio, passing far to the north, but who's influence gave kauai blue skies and big waves. I'll post more photos in parts two and three friday and saturday. I hope you enjoy this one morning at secrets. 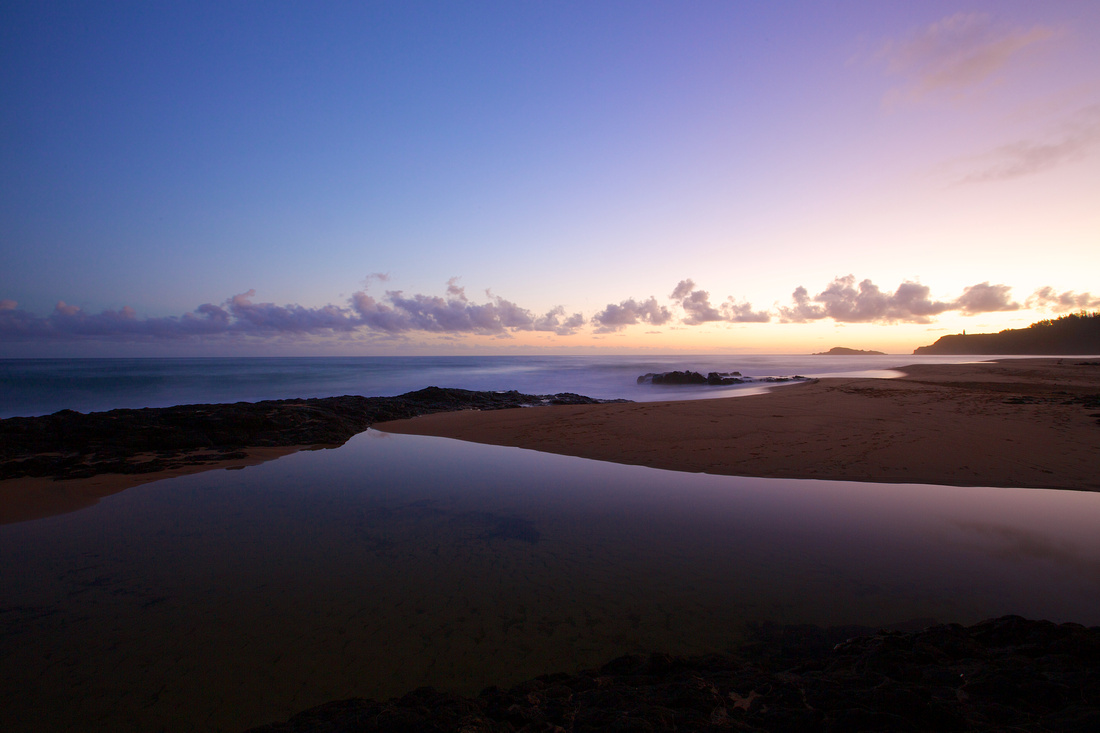 I chose the little v shape at the end of the tidal pool as the area of focus, hoping that that point would lead the viewer to survey the entire scene. In my landscape photography I often do this, choosing a seemingly random area of focus hoping that that point will act as a starting point for the viewer to study the entire scene. In this example, i found it relatively pleasing to scan slowly from the reflecting pool to the extended rock formations to the rock grouping 3/4 of the way across the image, and from there, to the little island off kilauea point and finally to the lighthouse. 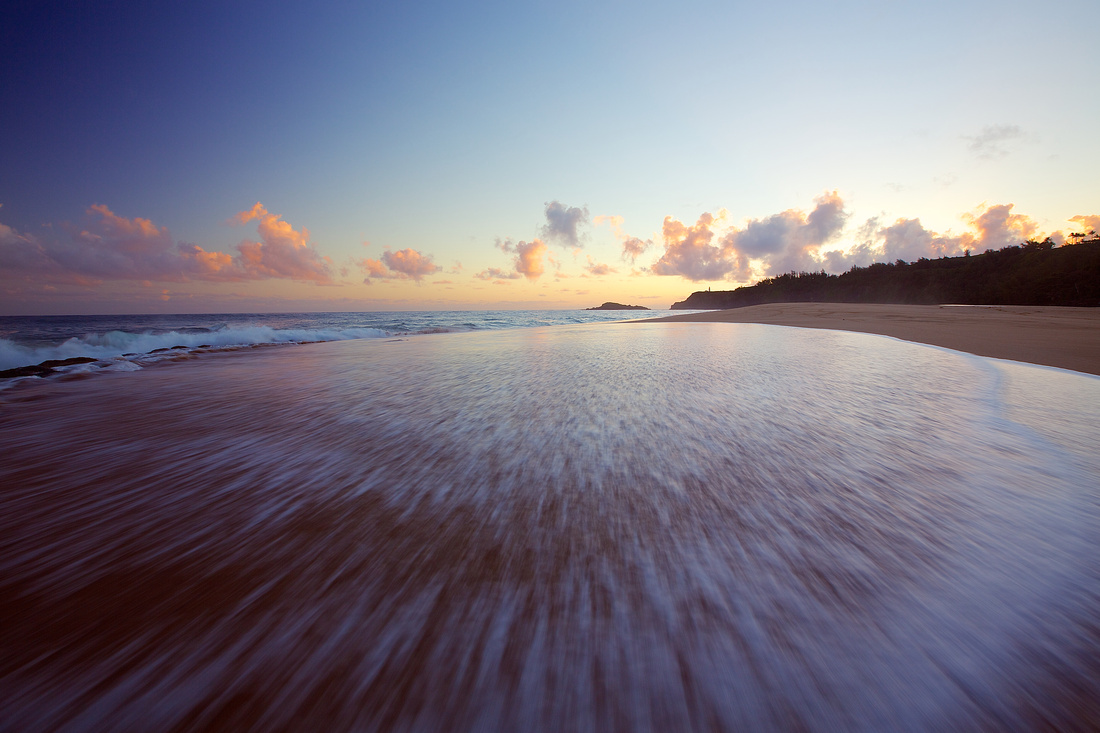 During the shoot i became mesmerized by the foam and water as it rushed down the shore, breaking apart, becoming absorbed by the sand as it went. I imagined it to be like stars rushing below me on a rocket ride through the universe or (space mountain). This movement and speed became  so interesting to me. It basically became the whole point of the sunrise shoot. 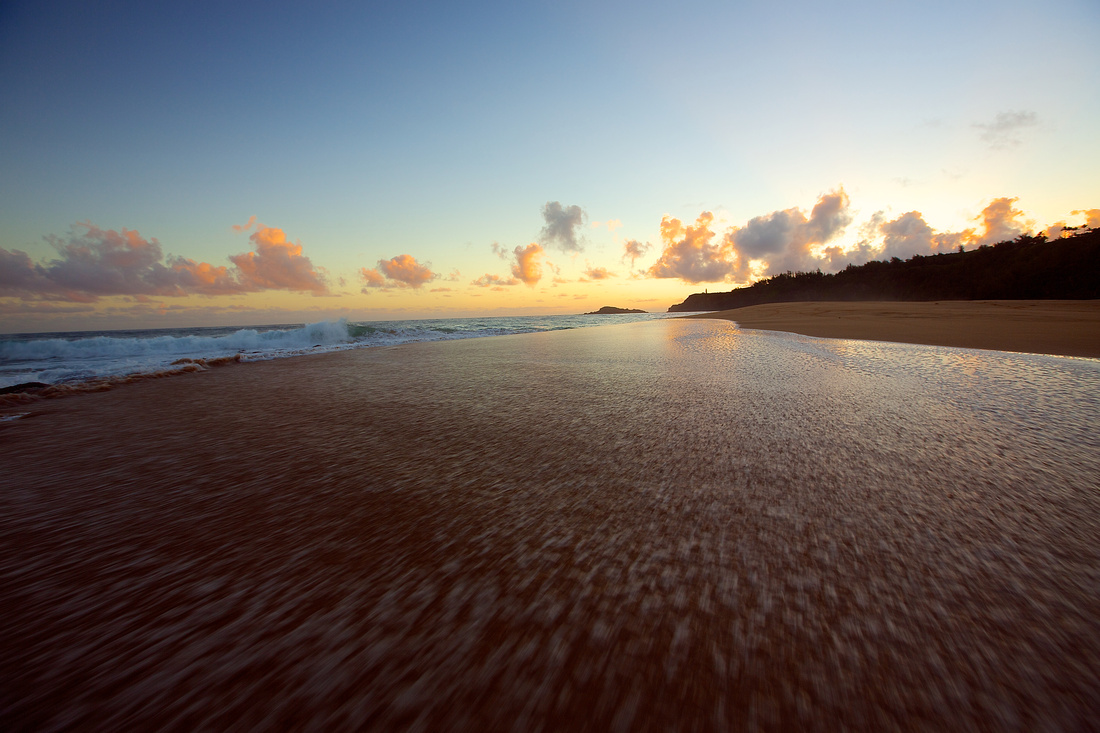 The influence of tropical storm julio led to clear skies with only a few clouds floating on the horizon. The drama, it seemed to me, lie in the rushing ocean water and beach. Of course, you know me and movement and energy-- if i am able to find it and communicate it, then 'mo bettah! :-) 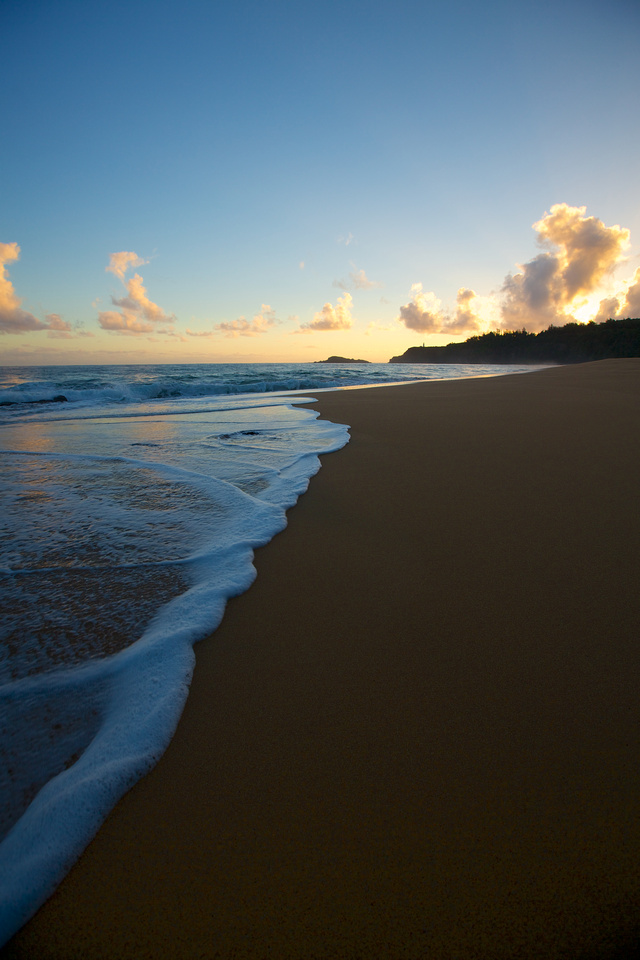 to guide me, secrets, kauai, hawaii

I sped up the shutter a little on this one to get the line of frothy foam, leading to the light on the horizon. I like this shot as it reminds me of the guru or the dispeller of light.

With the sun well up and the swell well nigh, i decided to work on an idea that i have been playing with for a while now: beach from a shell's eye view. For this shot and the next one, i place my camera on top of a bean bag that is itself, lying on the sand. In order to frame the shot it was necessary for me to lie down in prone position-- right on the sand. I chose a little spot that seemed high and protected and and shot with a relatively slow shutter speed. I wanted to convey the feeling of being right on the beach with a crashing wave. 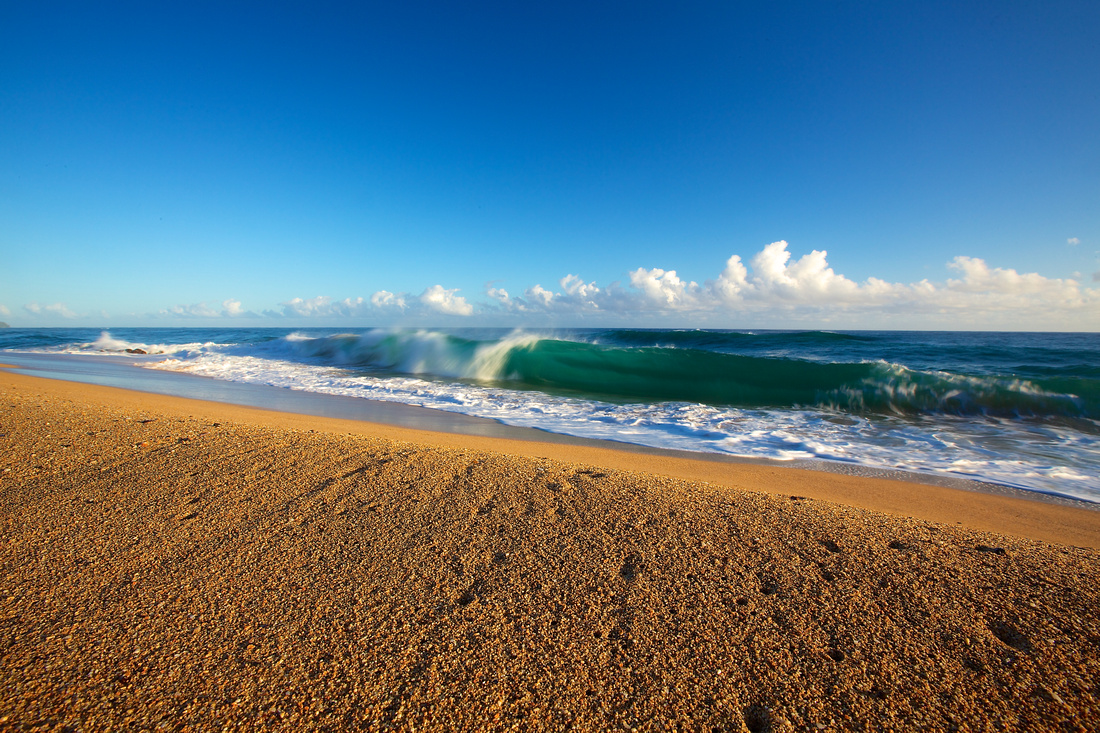 For this shot, in order to get to get more of the beach i moved forward on my sandy ledge a bit and shot down onto the wave. I kept the shutter speed the same as the previous shot, but this time i was intent on getting that left shore breaking wave mid-break. The low sun in the east shines right on the sweet spot, too, making this shot a keeper.

All photos in today's blog were taken with a canon 5d3 and a canon 16-35/f2.8 L series lens. b+w circular polarizer, tripod and bean bag (the last two) were also used.